Bielefeld / Barcelona - The German STOCKMEIER Group acquires the industrial chemicals distribution division of Indukern, company of the Spanish INDUKERN Group on 01.03.2019. The business is taken over by the newly founded STOCKMEIER Química SLU. 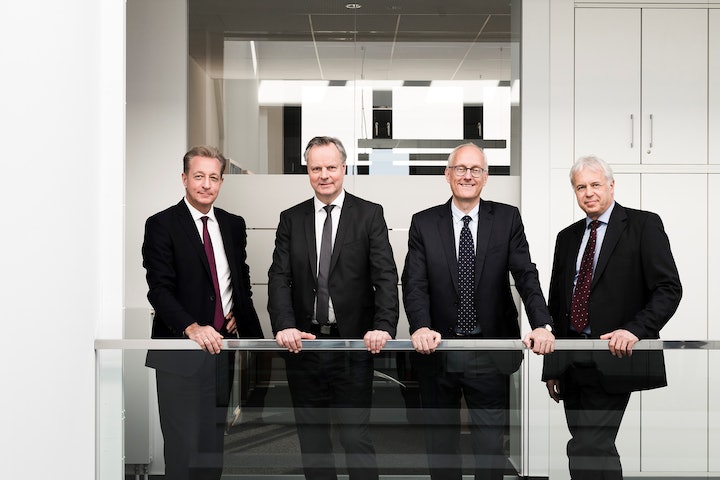 INDUKERN is a Spanish company belonging to INDUKERN Group and Díaz-Varela family, headquartered in Barcelona and dedicated to the distribution of chemical products and greater added value activities of formulation, production and technical advice for several industrial sectors. The agreement of selling its Industrial Chemicals division to Stockmeier Group responds to Indukern’s growth strategy, prioritizing the activities of its other four divisions: Flavours & Fragrances, Food Ingredients, Animal Nutrition and Pharma and animal health

STOCKMEIER, a family-owned company based in Bielefeld, not only has a strong presence in its home market of Germany, but also has locations in Benelux, France, Austria, Poland, the Czech Republic, Hungary, Romania and Slovakia. The expansion course will now be continued. "We are very pleased that the Diaz-Varela and Stockmeier families have come to an agreement and that Stockmeier will in future also occupy a leading position in chemical distribution in Spain. The business fits perfectly into our group of companies," says Peter Stockmeier, Managing Partner of the STOCKMEIER Group.

With its "Química Industrial"/Industrial Chemicals division, INDUKERN last generated sales of 80 million euros with 70 employees. Daniel Díaz-Varela, managing director of Indukern, states “we have decided to sell this division as it considered not being strategic in Indukern’s structure and as it considered not finding enough synergies with the rest of the activities of our company. Our goal is to focus in another priority areas, as Flavours & Fragrances or Food Ingredients for example, which have grown most lately. Maintaining this division without not developing all its potential and without strong inversions would have been a mistake”. With this decision, Indukern will focus on its other four divisions: Flavours & Fragrances, Food Ingredients, Animal Nutrition and Pharma and Animal Health.

The warehouses in Barcelona and Valencia will be taken over by STOCKMEIER and will continue to serve as transhipment points for inorganic, organic products and specialty chemicals.  With the additional sales offices, STOCKMEIER Química SL will be represented throughout Spain.

The STOCKMEIER Group is thus further expanding its position in Europe. Most recently, the group had grown significantly in Central Eastern Europe through the acquisition of the Austrian company HDS-Chemie. Just recently, a new sales office was opened in Hungary. The owner-managed group of companies is thus continuing its targeted expansion strategy in the European market.

"We want to be among the top three chemical distributors in Europe. With this acquisition we have taken another big step in this direction", says Matthias Mirbach, Managing Director of STOCKMEIER Holding GmbH.  "We will now further expand our business in Spain and exploit the synergies between our various companies in Europe. This makes us an attractive partner for customers and suppliers throughout Europe."

Bielefeld / Rennes - STOCKMEIER Holding GmbH acquires a further 50% of Quaron SAS in France retroactively to 01.07.2019. This means that the…

For more information, please visit our Data protection (see Article 4. Use of cookies).

By selecting "Accept" you allow the STOCKMEIER Group to use cookies and similar technologies. If you continue to use our services, we will assume that you accept cookies. You can change your cookie settings at any time. For more information, please visit our Data protection (see Article 4. Use of cookies).